Hausu(AKA House) is a 1977 Japanese psychedelic horror film by Toho of Godzilla fame. Hausu is about a schoolgirl who visits her ailing aunt’s country home with her six classmates, where they face horrifying supernatural activity. The house devours the girls one by one. We think Hausu is one of the craziest films of the 1970’s.

Wow… So yeah…. You watched the trailer…. How does it make you feel? 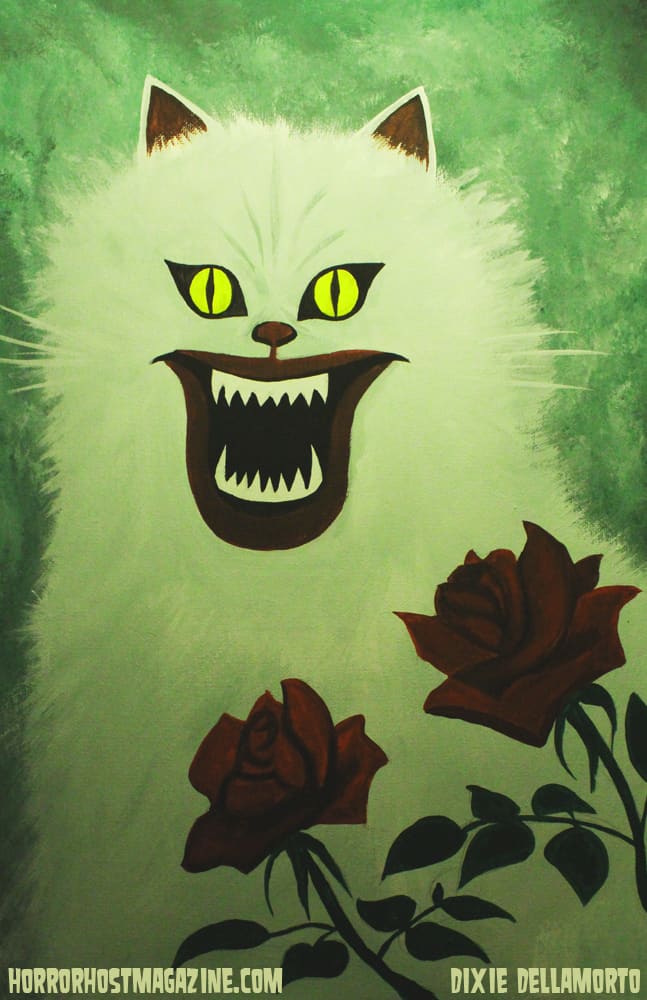 It’s a personal favorite of Dixie Dellamorto — which is why she was compelled to to paint a reproduction of the bizarre ghost cat which is featured heavily in the film and can be seen briefly spewing blood in the trailer above. Pictured to the right is a photo of the painting in question, It was a labor of love and an experiment in incredibly strange taste. If you’re already a fan of the flick you may be interested to know that the original 12×16″ acrylic on canvas board painting is available for sale! Owning art makes you seem cultured, or so we’ve been told!