Shrouded in mystique, this innovative horror host has presided over the nationally syndicated late night TV show CINEMA INSOMNIA for over 10 years. The show has been seen in hundreds of television and cable markets. He produced a 2006 Halloween spectacular that had a footprint of 45 Million households. Dozens of episodes have been distributed on home video and can be streamed and downloaded via many services. Fans donated over $10,000 via KICKSTARTER to produce 26 new Cinema Insomnia episodes for 2012.

The tall dark stranger has made many appearances in independent genre films including the role of CRISWELL in the long awaited remake of PLAN 9 FROM OUTER SPACE called PLAN 9.  AMERICAN SCARY, CITIZEN WOOD, and VIRGINIA CREEPERS are among the several documentaries centered on films, sub-genres, film hosts, and television shows he’s been involved with. His distinctive voice can be heard on commercials and trailers including the HARDWARE WARS 30th ANNIVERSARY marketing campaign. 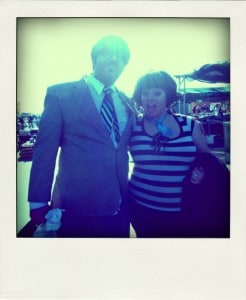 Mr. Lobo has a history in the world of independent publishing and has created and worked on many magazines, comics and newspapers. His most current publication is HORROR HOSTS AND CREATURE FEATURES MAGAZINE which he and his wife created. 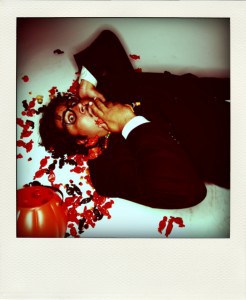