In continuing to review movies that I can view for free on Netflix (it’s my roommate’s account), I turn my attention to a man who’s brilliance is known well in the horror world – but that’s where his recognition stays. Clive Barker has never been a Hitchcock, or a Spielberg, or even a Stephen King (by which I mean, the general public is not really aware of him on any level other than some movies called Hellraiser, which they’ve never seen, but they do know that guy with the pins in his head). He’s a mind for the horror fan who wants to see something different than the normal killing spree or ghosts, and wants the fabric of their imagination challenged. There’s gore, but not like you’ve ever seen, which I would detail further, but I don’t want to ruin what you might not have seen yet, though I will note: I have seen corpses come back to life in two of his films in ways that I have never and probably will never see again. His characters are unlikable, reflections of Clive’s own introverted displeasure with the commonly negative disposition of humankind, not for the general viewer. It’s funny, his movies can sometimes seem like lesser horror films due to his seemingly one dimensional characters, but that’s just an illusion along with it also being more realistic (yes, it can be both).

And that’s as good a segue as any to mention the name of the film I’m supposed to be reviewing, rather than gushing over my cinematic man crush. Lord Of Illusions. From 1995 and starring Scott Backula (in-between creating and destroying franchises) as Harry D’Amour, a character that Clive has featured in multiple literary works as a tattoo-laden paranormal/occult detective, appearing first the short story “The Last Illusion”, on which this movie is loosely based. The movie also features Farnke Janssen, or Jean Grey of the x-men, since that’s easier to say, Kevin O’Connor, who you might know as that weird looking guy in that thing you’ve seen, and Daniel von Bargen (what a name) who you might know as that bald-looking guy in that thing you’ve seen. The cast is great, and further drives home the very 90s feeling that the movie captures. To me, it feels like a mix of a Spawn comic book and a Marilyn Manson music video.

The story begins at what feels like the end of another movie. A group of former followers of a Christ-on-crack-like crazy guy Nix (von Bargen) confronts him after a bunch of things that we didn’t see have transpired. All we know is that there’s a kidnapped girl, a dude who can fly, some 1998 Leonardo DiCaprio movie stuff going on, and all in all, shit has gotten way out of hand. After that, we move 13 years into the future and meet Captain Archer before he had crashed the Enterprise into the ground, playing a detective with the chiseled good looks of an ubermench.

There’s this cool flashback to some more stuff that happened before what we’re seeing and are not told what it is. That scene just shows this detective has already seen paranormal shit and so he’s ready for the madness. We move with him through following up on the people we met 13 years ago who defeated their former messiah. Looks like another follower didn’t like them murdering Commandant Edwin Spangler (that’s a von Bargen Malcom in the Middle reference. ‘member him?). So then some wild stuff happens, then more stuff, and even MORE stuff, until Count Backula flies through the air and saves us all from the destruction of the universe.

This movie has so many good quotes, most from Nix. “I was born to murder the world.” “(I am) A man who wanted to become a god… then changed his mind.” 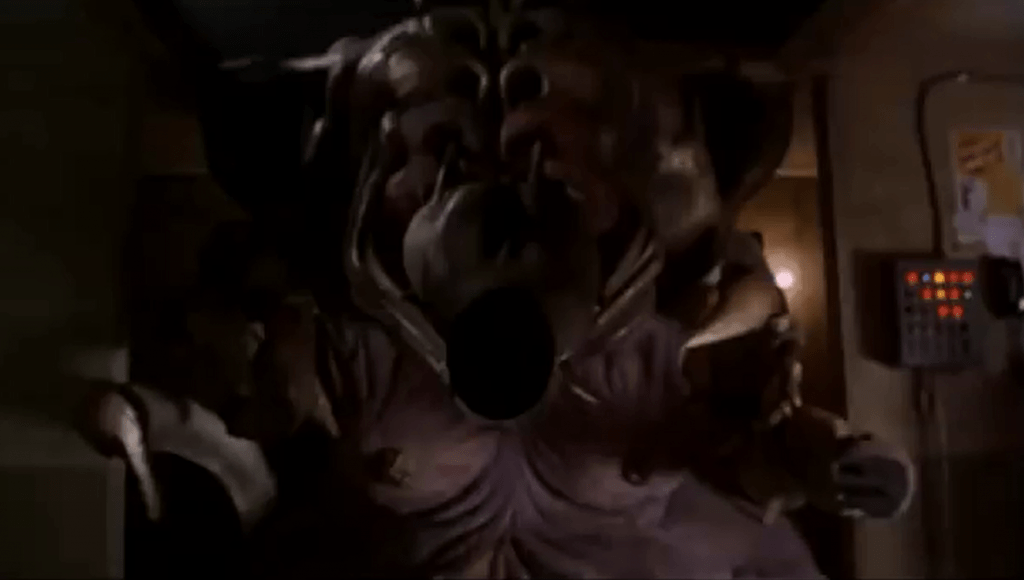 This movie may feel a bit camp, but its value as entertainment in the horror genre is immense, and this film needs to be recognized by horror buffs of the world.