Lost in Time like a bug in a jar….

No matter where you go… there you are…

Sorry for our absence! Where have we been? Well… that is a long story.

Sometime Mid-October 2015 the crew here at Horror Host Magazine got beamed to the far reaches of space — a place governed by a coven of underground television producers. We found ourselves at OUTER SPACE INTERNATIONAL, an “off world” production colony and distribution network bringing you unusual, experimental, and entertaining programs from many different creative worlds. 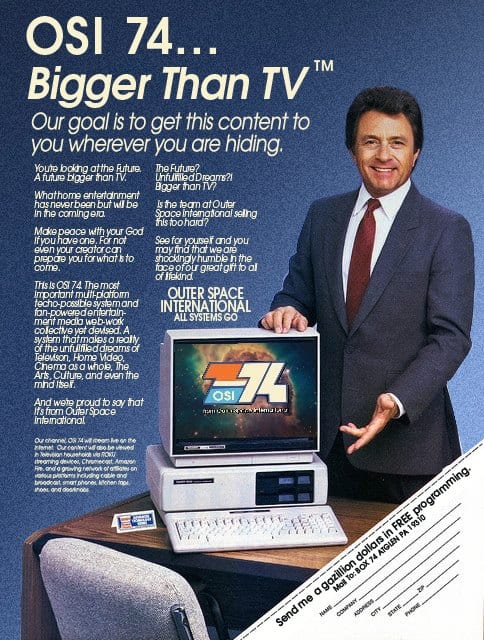 Now we’re thinking beyond standard television and learning from the great pioneers of UHF, Home Video, and Early Cable that we grew up with. We’re also taking a bit of inspiration from Drive-In theaters, Backyard movies, Community media, Film festivals, Comic books, “Mom-N-Pop” video stores, and The Space Race.

Like it or not, this is the future of Cinema. We want you to be nostalgic about the future again.

Our channel,4 OSI 74 is streaming content On Demand via the internet. We officially launched at 7:40 PM EST on Friday October 30th 2015— we have original programming and series for you to view now.  Sneak Previews, Trailers, Special Announcements, The Program Guide, and Random Nonsense will run before and after the scheduled content.  Our content can also be viewed in Television households via ROKU streaming devices. 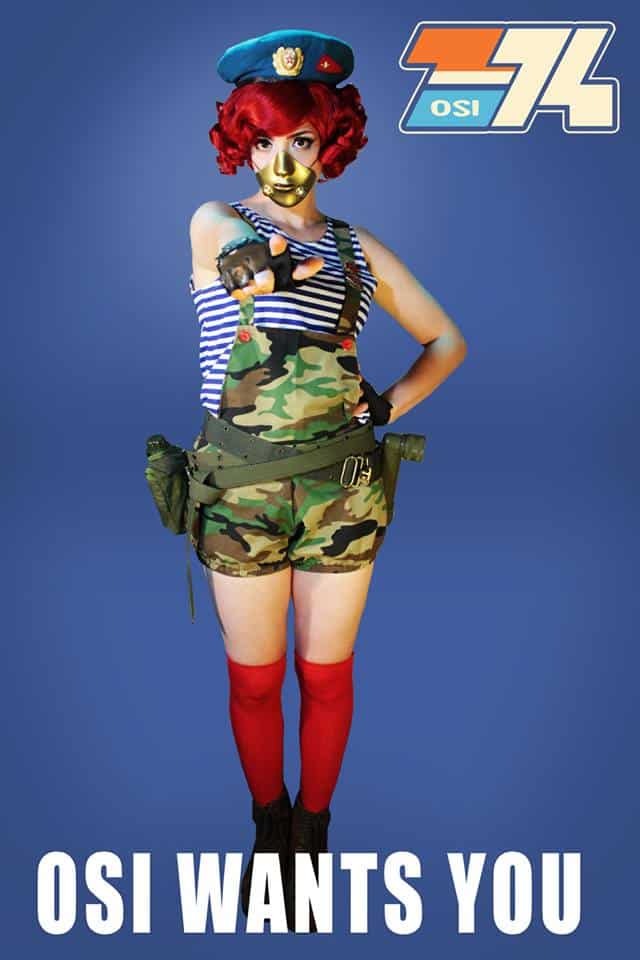 We encourage outside producers to own and control their content as well as making new content collectively for the channel to distribute. Series Producers not only have a home with us to present their content, they are also granted advertising spots in the schedule to promote their projects and monetize their work. We provide support and cross promotion to our producers to build their audience and find people, like you, who want this kind of programming.

“Beyond Horror, besides Sci-Fi, beneath Comedy, and betwixt Mysteries–OSI 74 delivers programs for smart viewers with a taste for the absurd.” 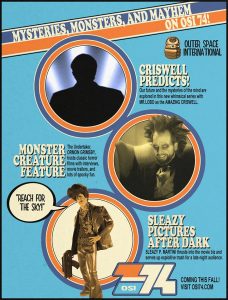 We will have fundraisers for both the channel and the individual producers as well as our own crowd sourcing engine we call TIP JAR that will be promoted on the channel and the website. 100% of what goes in your TIP JAR goes to that producer. We will also support our producers Patreon and Kickstarter campaigns as well as any attempts to be self-sustaining. We will offer “on-demand” videos and downloads of certain shows on our server in exchange for a share of the revenue. OSI also distributes DVDs and other merchandising of certain shows as well as for the network as a whole. This is a bold new venture and and we are making new discoveries everyday. Thank you for taking this journey with us…