Mr. Lobo watched an abandoned specimen of video store fodder.
MEET THE APPLEGATES(1989) from VHS Preservation Society–transferred to DVD-R. My mind reels. Why? How? Incredible. Ed Begley Jr., Stockard Channing, and Dabney Colman in a comedy about humans who are really giant bugs in disguise. How does this movie exist? The tone is very inconsistent and I’m not sure who the intended audience is.

My thought was– BEETLEJUICE(1988) was a surprise hit and perhaps changed the game. THE BURBS(same year) must was getting a lot of good buzz or made a fortune, and paved the way for this film and other films like PARENTS(same year) to get the green light by smaller studios. Maybe they gave APPLEGATES to the guy who directed HEATHERS because that dark comedy was a hit–and allowed him to make APPLEGATES a bit darker than the screenplay would come across on the page. Odd. Kind of funny in parts but seems uneven to me. Feels like it had a few rewrites… they go back on a lot of the weirdness by the end. It never had an official DVD release and is never 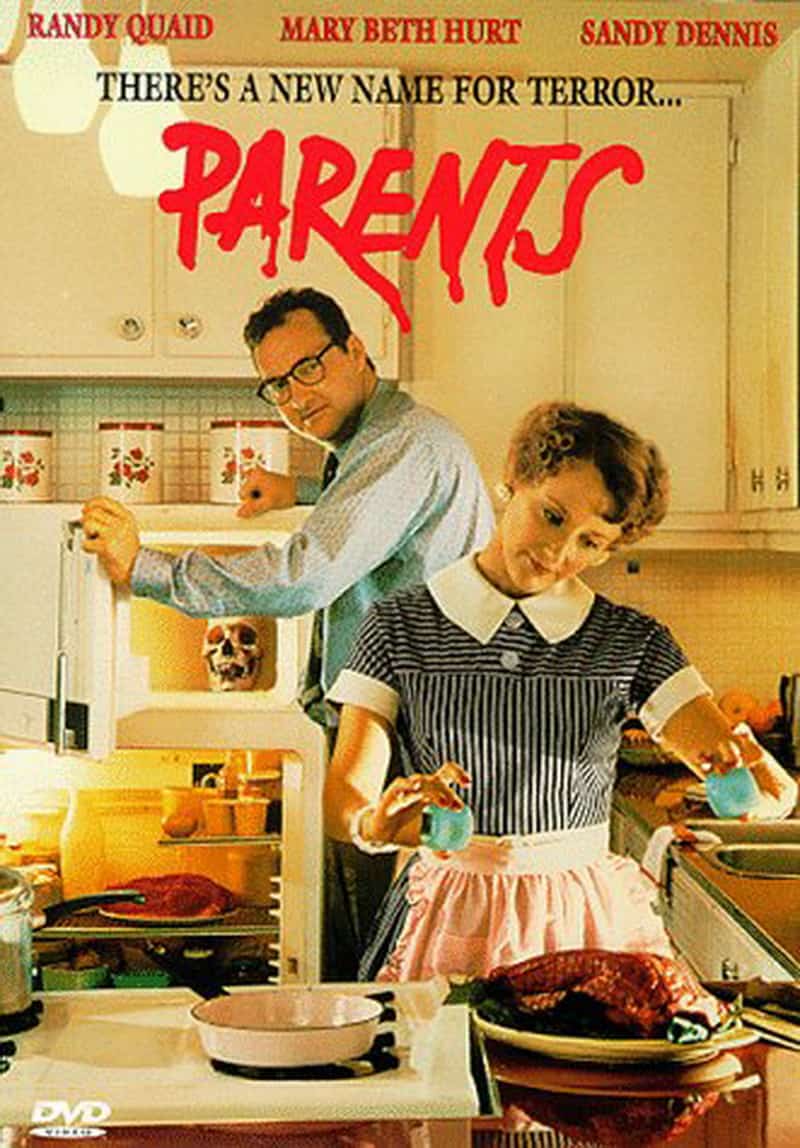 seen on TV–seems like everyone washed their hands of it. New World Pictures went out of business that same year…maybe they they didn’t care or lost control…or they were in over their heads trying to compete with larger studios…or just didn’t promote it. Somehow it fell through the cracks. It does challenge the status quo and satirizes terrorist activity, infidelity, teen sex, teen pregnancy, and drug abuse and may have been more accepted in the earlier ’80′s rather than disappearing into obscurity. The R rating for such a silly movie might have crucified it financially also. Would love to know the real story, Mr. Lobo–kind of liked THE APPLEGATES
as an oddity.