Yellow smoke drifts across the Trashed Lands of the former Union. The cities are ruins and Neuvo-barbarians and Techno-gangs rule the roads in tribes. After killing off a tribe of Steampunks and rogue band of Anime kids, the publisher of HORROR HOSTS AND CREATURE FEATURES Dixie Dellamorto Lobo and Convention Cosplay Model Laura Owens, AKA Catsiy stand watch in an abandoned building–waiting to be joined by the huddled masses searching for style.

Celebrating the world of Cult Movie Culture and Mad Science–Our team has been struck by the growing popularity of Post-Apocalypse and Dystopian Future fashions. Giving us radioactive dreams of Post-Punk Post-Nuke Post-Modern mash ups. Dixie was the stylist for this photo shoot and did make up and hair. Laura Owens, an award winning Costumer and cosplay judge who is a regular at the famous Otakon Anime Convention, was tapped by our magazine for her Manga-like good looks and for her influence in the Cosplay Community. 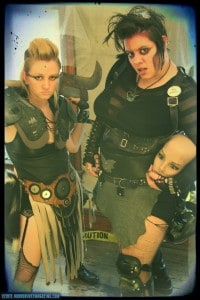 Documenting this frontier of fandom with his camera is director/producer Mr. Lobo who has been waiting for another Post-Apocalypse boom since his 1992 underground comic book NUKE NOVA: ADVENTURES IN THE RUST AGE. 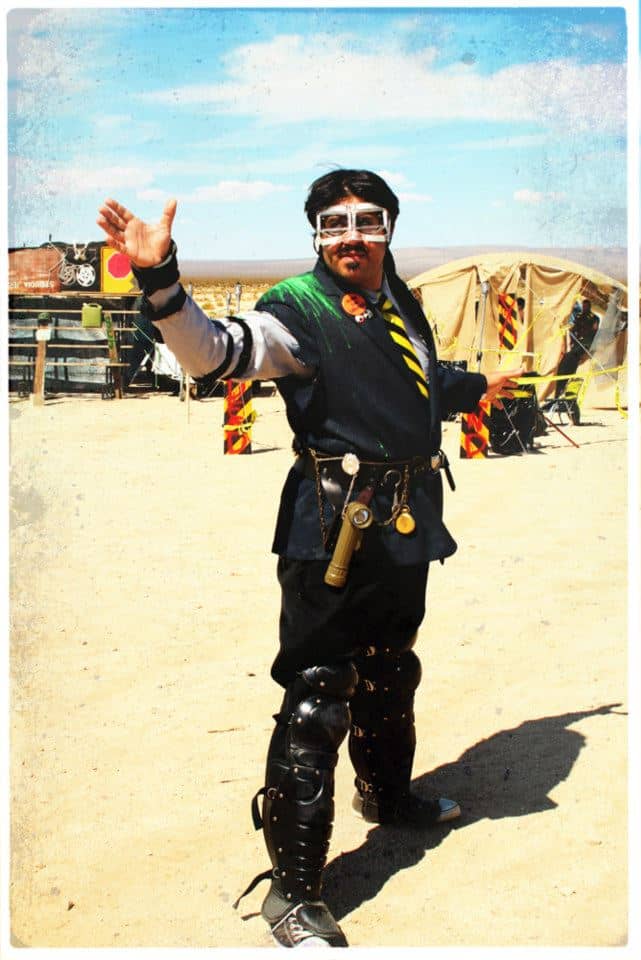 On an upcoming episode of his cult movie program CINEMA INSOMNIA for connected television–Mr. Lobo is decked out in his own post-apocalypse gear–designed by Dixie Dellamorto–to host genre spoof CYZORK 7 and to also cover the annual MAD MAX/ROAD WARRIOR themed event WASTELAND WEEKEND in the California Desert. Lobo predicts that with the coming of the long anticipated feature MAD MAX: FURY ROAD it will not only be a popular new episode but will evidence the return of a favorite genre staple of the 1980’s.

The supplier of some of the finer leather pieces like the loin belts in the photo shoot is artist Freddie Bagnato of LEATHERHEADS. Her studio has a Seasonal Shop on the premises of the Pennsylvania Renaissance Faire. Freddie has always loved this genre and is hopeful that this mode will catch on as big as Steam Punk, Pirates, or Fantasy Cosplay. 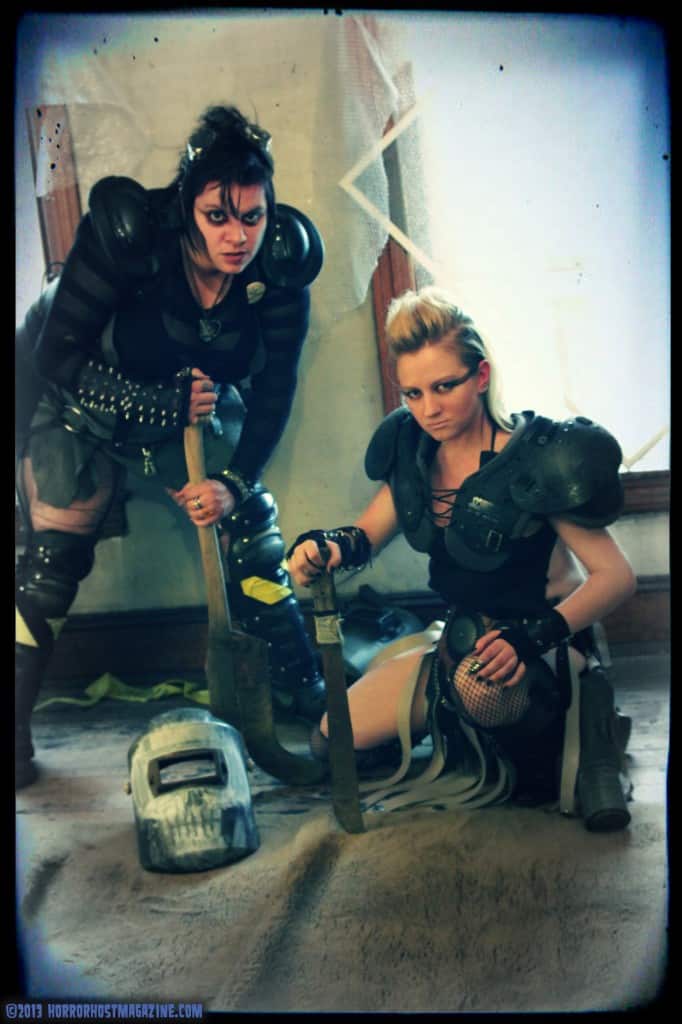 We veterans of the Psychic Wars hope that these post-card pictures from the end of civilization will inspire you to put on a bunch of terrible movies, dig through your closets and local thrift stores, and assemble your own Post-Apocalyptic outfit for your next Doomsday Party.