Tucker & Dale Vs. Evil and The Cabin in the Woods: A Double Feature Review of 2 Post­modern Horror Examples

Home » Blog » Tucker & Dale Vs. Evil and The Cabin in the Woods: A Double Feature Review of 2 Post­modern Horror Examples

So what exactly is a post­modern horror flick? Well, to phrase it my way (‘cause with words like “post­modern,” or “meta,” or “avant­garde,” someone never hesitates to tell me I’m using it wrong), it’s like going into a horror picture that has assumed you’ve already seen every horror movie before, and they play on that. This ‘genre’ has to evolve with time, and so I’m writing about the state of the genre in the now, not about what it used to be. What it used to be, it isn’t, and though what it is will change, for now, it’s something I hope to define. Got it? 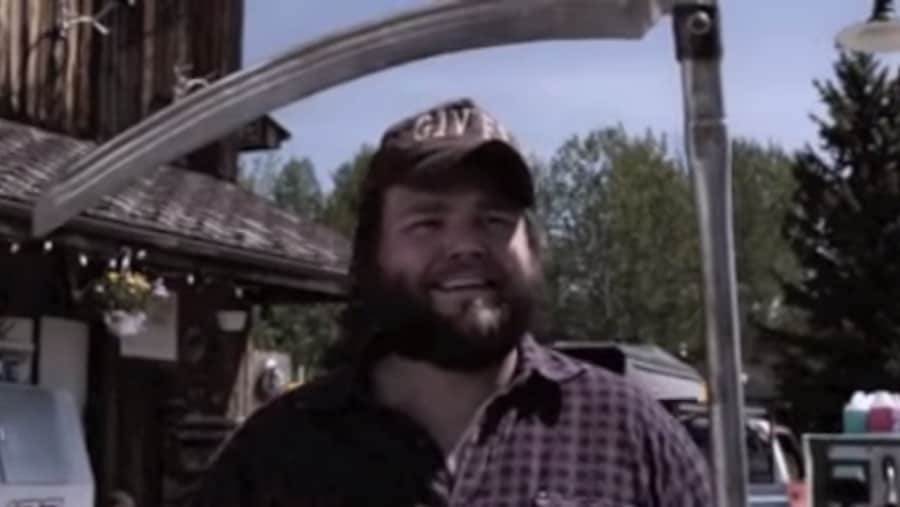 So how does a post­modern horror picture deal with its audience who already knows, or thinks they know, what to expect? With comedy, that would be more of a spoof, which these movies are not. They exist right before the line of spoof, and hang out in the warm and fuzzy haze of “so crazy it could just be true.” Ya know, there’s just something about somebody jumping head first into a wood chipper that can evoke the most horrified laughter. So no, Young Frankenstein doesn’t count, and neither does Night of the Living Dead, (but its ending does). NotLD has been referred to as an early example of P­M horror, in how its characters deal with each other as potential enemies rather than dealing with the monsters attacking them, but this concept wasn’t entirely new at that time, just underused. Its ending however, continues to shock new audiences, who are years past its opening “running woman” cliché, with its unexpected, unwanted, and unrelentingly bleak nature.

Other ‘not quite there’ examples include Return of the Living Dead, (which references the movie it was a sequel to in order to explain the plot). While it walks the line between horror and comedy seamlessly, as does American Werewolf in London, and Evil Dead II (intentionally or unintentionally) it’s not a spoof. On top of that, its creating its own mythology, so it’s still serious horror.

Moving into the mid-nineties, we have two great examples from one of the kings himself, Wes Craven. His New Nightmare and Scream affairs, which were dripping in heavy meta masturbation, play with our knowledge and preconceived notions of horror. But again, these two still end up having a crazed killer concept behind them. Thus, these films still aren’t in the same breed as my examples. They still establish their boogeymen in the same way as the horror from before, whereas the horror in Tucker & Dale vs. Evil and The Cabin In The Woods comes at you in a completely different way.

Both films are rich in comedy, and their whole notion is to play off of your preconceived ideas of what a horror movie is, both paying mega­-homage to the Evil Dead films. Tucker & Dale uses a much more down-­to­-earth and believable comedic mix­up plot device, whereas Cabin uses, everything, (more specifically, a government conspiracy that uses everything, but still, everything nonetheless. If I have to give you my personal opinion on the films, which would seem stupid not to do, (what with me having you here, reading these brainfarts I’ve called words), I would tell you that both are extremely enjoyable films (how articulate right?). But really, they’re top notch in a sea of dwindling ideas in horror, and I regret that for them, I had but only one ticket to buy (Pffft, as if. Yey Netflix!) Ok, so maybe Tucker & Dale kinda sputtered at the end, but Cabin ended in a flawless bouquet of Living Dead inspired endings. I mean, maybe I’ve been eating too many of Stormy’s Stimutacs®, but Marduk, slayer of Tiamat, rules. He totally does.

So technically the ending of Tucker & Dale hurts my argument due to a crazed killer appearing. I hated that crap, and anyways, he wasn’t the one doing all the killing, so it doesn’t count, and my point remains valid. 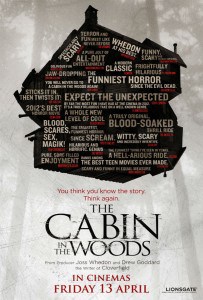 And for Cabin ­ yes, there are monsters, some that you’ve technically never seen before. They aren’t conventionally pursuing their desires on their own volition. Sure, there ends up being one huge villain in the very end, but I still don’t count that because they’re my rules, and if Romero can hate running zombies after starting NotLD off with one, then I can rewrite the definition of any words I want to (Lady Gaga and your ArtPop), an if you don’t like ’em, well then you can just git.